How was the race in Hella, are you pleased with you results?
The race was fine, I had fun and liked the  race very much.

Where there any track that was more differcult?
No not really, I thought that the tracks were very similar.

Did your car have any breakdowns during the race or did you just fill up gasoline?
I blew a tire, and lost my steering pump both days, othervise just filling up gasoline.

What is your goal for this season?
Just try to do my best and have fun.[/ezcol_1half_end]

Which competitor will be hard to keep behind you?
It’s difficult to stay ahead of all these guys

Have made any modification to the car this winter?
No nothing, I bought a new carburettor to the car.

You have a very nice racer and of course a very good driver behind the wheel. Can you tell me something about the cars history?
The car is built 1994-95 by Sigurður Axelsson which he drove until 2000, then Björn Ingi Jóhannsson takes the wheel and drives the car for some year. I have had the car since 2006.[/ezcol_1half_end]

[ezcol_1half]Are you going to compete in all races this season?
I’m in, as long as I have the time and money.

Do you know how much your car weighs?
It hasn’t been weight, but I think it’s about 1300 kg 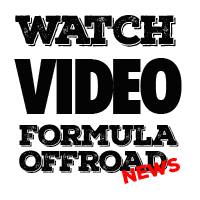 [/ezcol_1quarter] [ezcol_1half]Ólafur Bragi Jónsson is one of Icelands top drivers. And have been so for many years. I have met Ólafur very briefly in Skien 2015, during NEZ Championship and have seen him race. It is very seldom that he miss the  end gate in a track.[/ezcol_1half] [ezcol_1quarter_end] 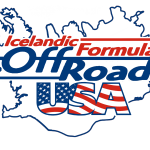