[/ezcol_1third] [ezcol_2third_end]Background:
“I was born in May 1958, and has always been found of 4x4s.
Started with a 1943 Ford GPW in 1980, only modifications was a 2.5 inch lift kit and Desert Dog 10×15 tires.
Bought a 1980 Jeep CJ7 with V8 and automatic trans the year after. This CJ7 was with me until 1995 and some severe modifications were made each winter. Won the unoffisial Norwegian Trial championship in 1986. Installed a Chrysler 440 engine and used it for Monster racing from 1989 until 1993. In 1994 we built the Grand Grand Cherokee; first offroad vehicle in Norway with a tubular chassis. 750 hp, 20″” inches of wheel travel and good shocks made this a winner in Monster racing. Lenghened the chassis in 1998 and fitted it with a Ford Ranger body.
In my Monster Race period I won the Nordic Championship 6 times.
Tried Formula Offroad in 1999 with my Monster with some luck.
Used most of the technic from the monster racer and put in a new chassis known today as Lightfoot. Won a few races in 2000 and came second in the Noric Championship. Have been in the top 4 ever since and won the Norwegian Champonship for the first time in 2010 and the NEZ Championship in 2011. Results came after lowering the vehicle 12 inches!! 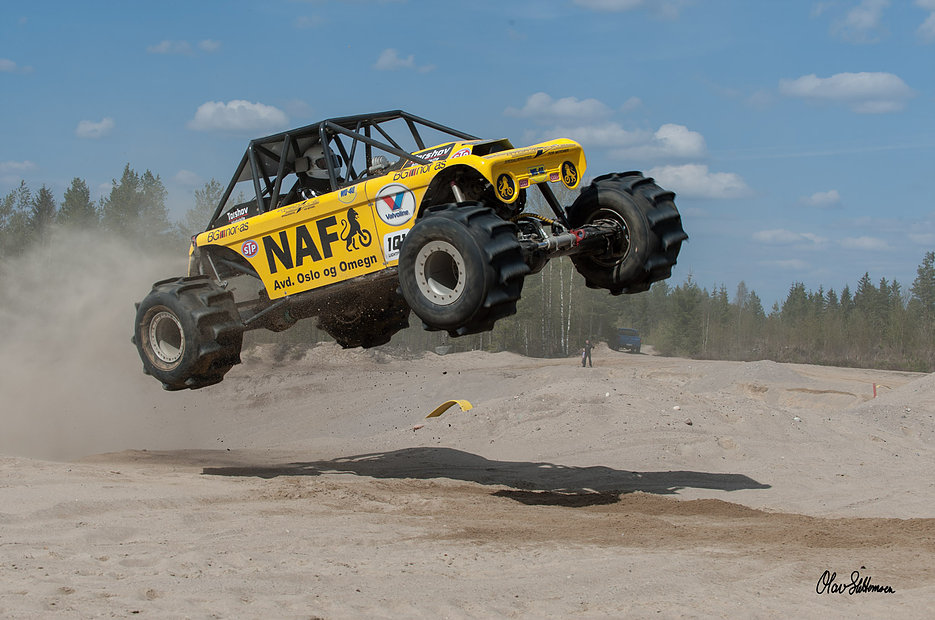