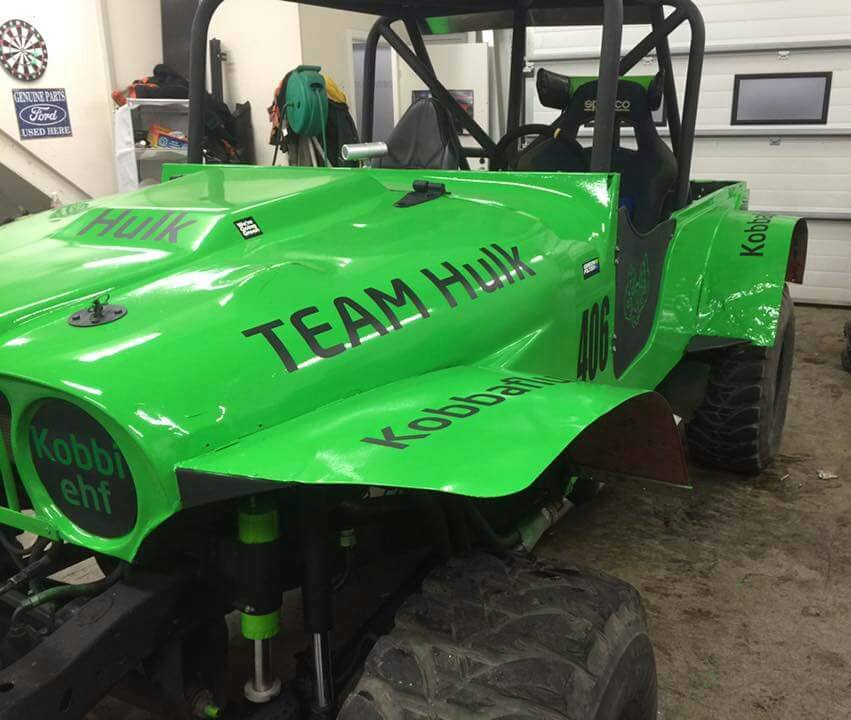 Formula Offroad  has been in Kata´s home for over 10 years, here husband has been a teamleader for some of the current drivers in Iceland. Kata herself has heard and listened to all the Formula Offroad that has been discussed in her and her husbands house. Her husband started  to talk about building a car for himself and Kata  told him if he was going to drive Formula Offroad he must have the best security outfits and equipment. Her husband smiled and said: Well of course! because you’re gonna drive! She thought he was joking with her and now she is making her debut in Hella on Sunday (8/5). She is very excited and she did a testdrive for the first time two days ago and she said, – It was absolutely mind blowing! Great feeling. She will start in the street  legal class and her goal is to have fun and finish all tracks.

Read about her car: Hulk