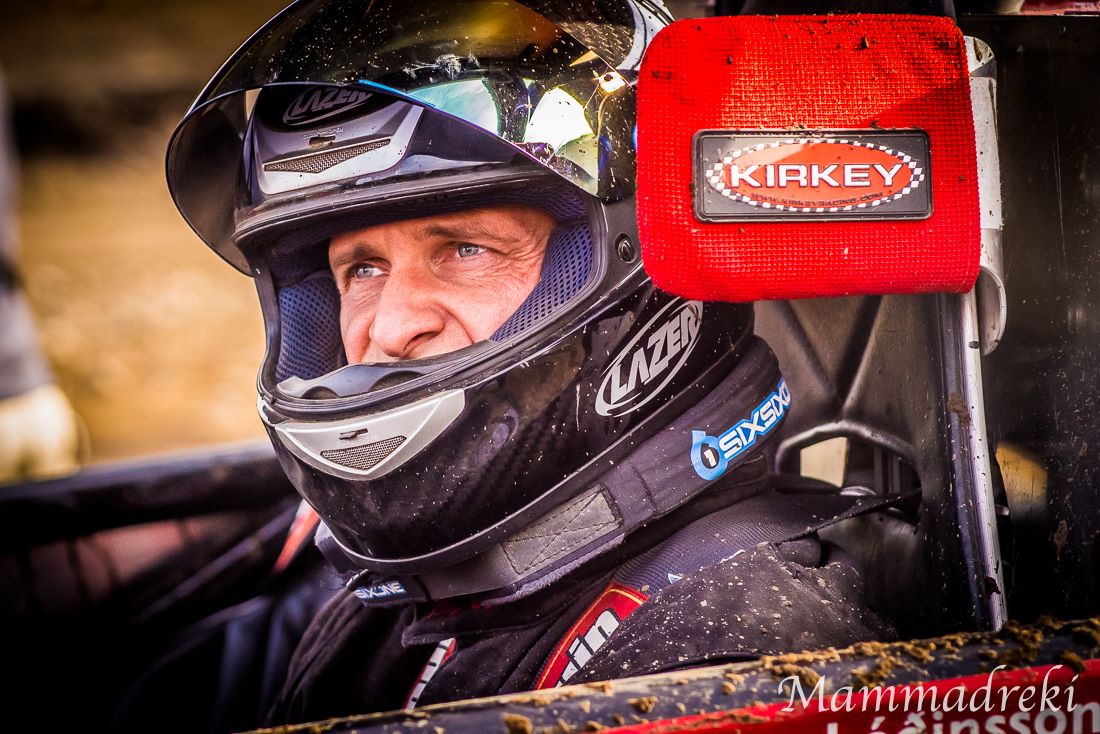 The German TV-show Grip das Motormagazin  and  the programs testdriver the former German racedriver Matthias Malmedie, visited Iceland and the Icelandic driver Stefán Bjarnhéðinsson 8 September 2016. They wanted to do a test drive of the sport and a real racer.

The test drive took place at Bílaklúbbur Akureyrar, outside Akureyri, northern part of the Iceland. Is was a perfect day for testing Formula Offroad, warm and nice weather.

It began with Stefan drove Kaldi and showed Matthias the car and tips on how to drive Formula Offroad. They drove two times up the hill and then they switched seats.  Matthias screamed of happiness when he tried the car, it took him 15  seconds to learn how to drive. He then drove Kaldi couple of rounds up

and down the hill and after a while Kaldi needed to cool down. After the break Stefan drove Kaldi over the water and then Matthias drove two times, the first time the car stopped in the middle of the water and  Matthias screamed -Help me! but Stefan  replied -No, it is not my problem!

Grip das Motormagazin contacted Formula Offroad News for help and to find an Icelandic car and driver they could film and test drive a real formula offroad racer. Our Icelandic reporter and photgrapher Mammadreki was there and took contact with Bílaklúbbur Akureyrarall the pictures you can see here.

Matthias and the TV-crew liked Akureyri and Iceland very much, they will try yo come back and do more TV-filming later. Our reporter Mammadreki talked to Matthias, she mentioned that she took photos of the german MC driver Sebastian Lindau for Motorrad magazine.

INFORMATION: Formula Offroad News was contacted by a German TV show, Grip das Motormagazin, about test driving an offroad car in Iceland. Our reporter/photographer Diana found a car and a driver that was willing to lend his car. She had earlier taken photos for the German magazine Motorrad of another German race driver, Sebastian Lindau in Sanddragracing, and she was allowed to watch and take photos. You can see her photos in this article. To see more of photos by Diana, click here