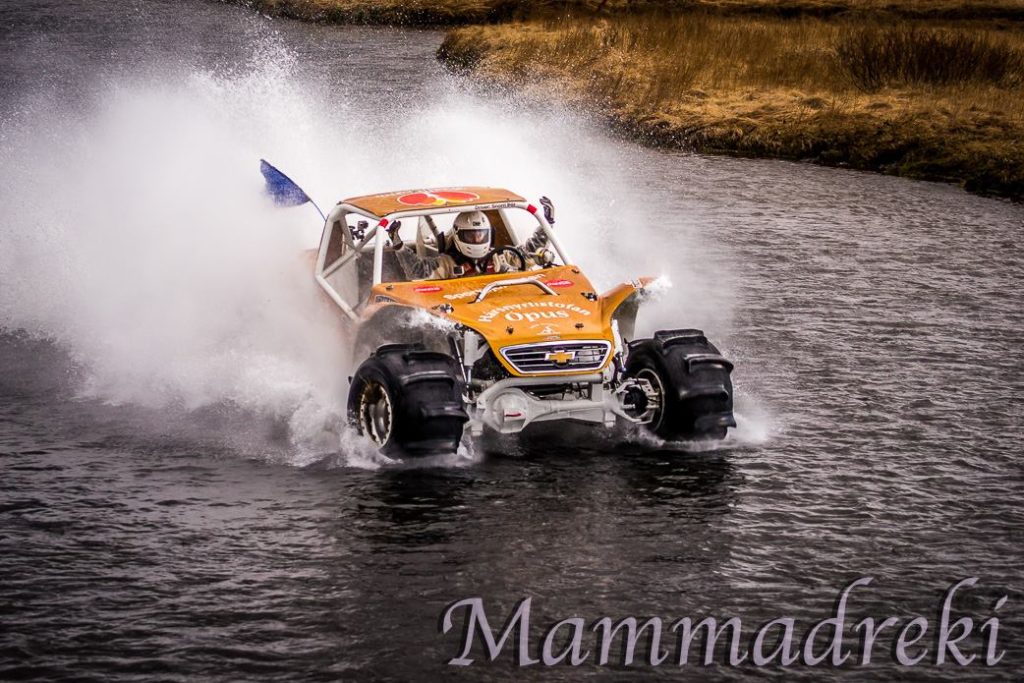 Today the final battle for the first place in Icelandic Championship come to its end. From the very first race, this driver has done what one of the best Icelandic drivers should do, he has won all races in Icelandic Champions, Snorri Þór Árnason. And he made a double, he won also NEZ Formula Offroad Championship 2016. Ólafur Bragi Jónsson did not come to start in Akureyri, I guess the car was not ready after the dameges the car took in an earlier race, but still Ólafur Bragi Jónsson ended in third place. The second place took a debutant and with a newly built car, Guðmundur Ingi Arnarsson.
In street legal class we have a winner that have driven all 5 races and won three race, come in second and third one time, Ívar Guðmundsson. And in second place we have Haukur Birgisson and in third place we have Eðvald Orri Guðmundsson. We must also mention the only woman competing in Formula Offroad in the WorldKata Magnúsdóttir, she took the fourth place. You can see all results here.